Home » Why is Yoni’s dad blogging about PSMC5, developmental delays, and supporting kids?

Why is Yoni’s dad blogging about PSMC5, developmental delays, and supporting kids? 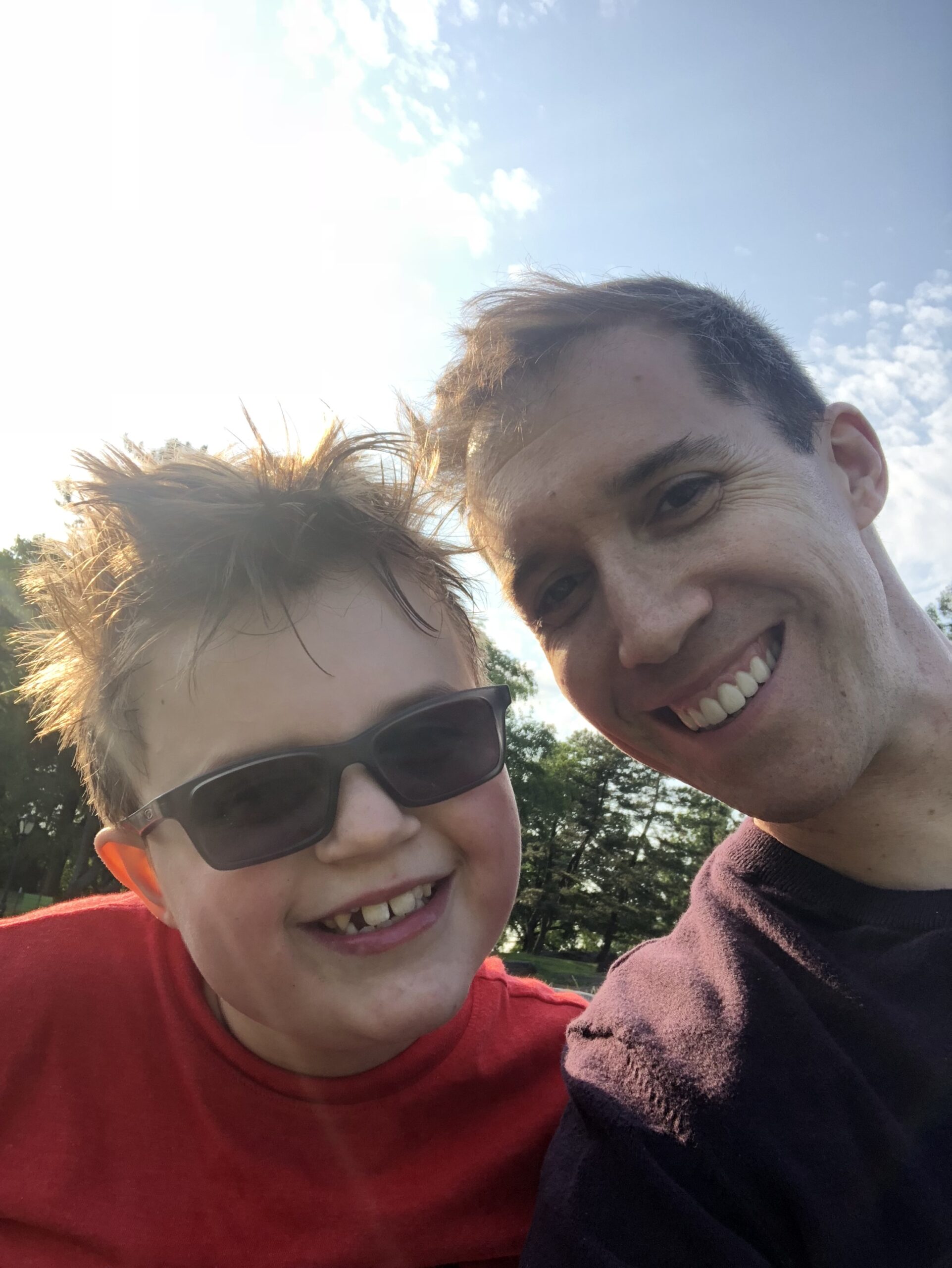 Let me first lead into this initial blog by briefly introducing myself. I’m not a doctor. I’m not a scientist. So, there’s my lump sum disclaimer for all my blogs and this foundation site for that matter. Don’t take my words for advice, remedy, or, in turn, blame me for anything you try or do based on my writing. Don’t trust me! Alright, trust is earned so let’s not throw me out the window yet. But, I’ll also mention that I’m a tad forward and certainly don’t speak in doctor-ese so I apologize in advance if I offend you or others. My intention here is to openly share my experiences with my son, Yoni, and attempt to filter out the noise I’ve had to deal with during his 11-year developmentally delayed path.

By profession, I’m a tech geek, starting New York Computer Help as a computer repair center in 2000. That has led to running a tech blog, providing how-to’s and info on all-things tech. I’ve run an Amazon store for apparel, new inventions, and SEO-competitive keywords. I partnered with a neurologist to start a medical marijuana certification online service to support those fighting diseases and pain. Along the way, I’ve shifted my time to be less at work and more at the home front to support my son’s needs more. There were stints of not working altogether in order to support Yoni. All along the way, whether on work opportunities or home, I’ve always firmly believed in pushing and advocating for the right solutions.

Starting a tech support company was due to wanting to fix a broken industry. In the early 2000’s, CompUSA and Geek Squad were running the show. My neighbors at the time constantly complained about their tech guy and how they were seemingly apathetic. At the time, I just finished my Masters tech program at Columbia University and found my “ah-ha!” moment. It was a seller’s market for CompUSA and Geek Squad and they were price gauging with little or no value of service. So, I decided to fill the void. My wife, Idit, and I started the business by putting the service back in customer’s hands. Our intent was ridiculous customer service and free diagnostics. In turn, CompUSA felt our mark, started outsourcing their service division to us, and well the rest is history for CompUSA and pretty much for Geek Squad’s reputation.

Top service is everything and if you’re not feeling it with your tech provider, change. The same goes for your kids. If you don’t feel the love with your kid’s provider, change. If you’re not seeing the difference they are making in your child’s life, change. It’s not like they may have failed you. Maybe your child has outgrown him or her. Whatever the case, strive for greatness for you and your child. Don’t just go with who was recommended. Keep pushing for the best provider for your child. After all, what works for one family may not work for yours. The snapshot moral here is to always question, always be proactive, and realize there are stages of development that will fluctuate that you’ll need to support.

My beautiful daughter was born as what the pundits deem neurotypical a.k.a. normal. She was as a baby and still is THE most well behaved child a parent could ask for. Caring, thoughtful, independent, and the list of positives go on and on. Truly a blessing. Before you jump to conclusions, both my children are absolute blessings. I’m not looking to paint a yin and yang contrast here. I’m just trying to point out that behaviorally, my kids couldn’t be more different. My handsome son, Yoni, arrived almost four years later kicking and screaming. And he even started kicking and pushing tons even before he arrived.

The finger: The first worrisome moment

First, there was the trigger finger at birth, meaning his ring finger was stuck in a bent position. Too bad it wasn’t his middle finger so he’ll never be able to flip me the bird. We endured going through a round of notable doctors who wanted to perform surgery on our week-old son. Isn’t that crazy! Just a week and the doctors were pushing to put him under for surgery. We finally found our finger savior doctor, Dr. Michelle G. Carlson, who said we don’t need surgery. We saw her at NYU at the time and now she’s at HSS.edu as of this post. Happy to give a shout-out to any doctor or advocate who has graced our paths. I’ll never forget. The other doctors we saw touted their 30-40 years of experience, have seen Yoni’s case, and surgery was the only option. We waited a quick minute for Dr. Carlson to come into the office. She arrived in high heels and a ton of energy and compassion. More importantly, she was genuine and caring, definitely what we needed at the time. Dr. Carlson brought up the options of surgery, but certainly felt a little physical therapy was first in line here. Yes, it’s what we wanted to hear, but she was right. The finger worked itself out about a month later after a splint and some finger therapy. Yup, finger therapy, that’s a thing. The old adage of getting second opinions definitely worked for our son here and my sanity. And we’ve been signing high praises for Dr. Carlson ever since.

Then, came the delayed milestones across the board. Couldn’t sit up. Couldn’t hold his head up. Balance was an issue. The bigger issue was the sense of frustration Yoni seemed to feel. Being unregulated and really overall not being comfortable in his skin.

Once you’ve learned your child may have a challenge or two, it’s key to start with a proactive plan right away. It’s true that you can shape your child’s developmental growth much easier earlier on in life than later. That being said, every child has his or her own chart so don’t lose hope if milestones and expected goals are not met on time. Just realize that your kid is on his or her own trajectory. As a parent, you are there to ensure your child receives the best support to be not only comfortable, but also optimally meeting goals within the path given.

The blog articles I’ll be writing will be discussing popular topics, myths, more B.S. uncovered in the industry, and how to take steps as a parents to work the system to your benefit…and most importantly to be the best advocate for your little one.