Home » My child has just been diagnosed with autism. Now what?

My child has just been diagnosed with autism. Now what? 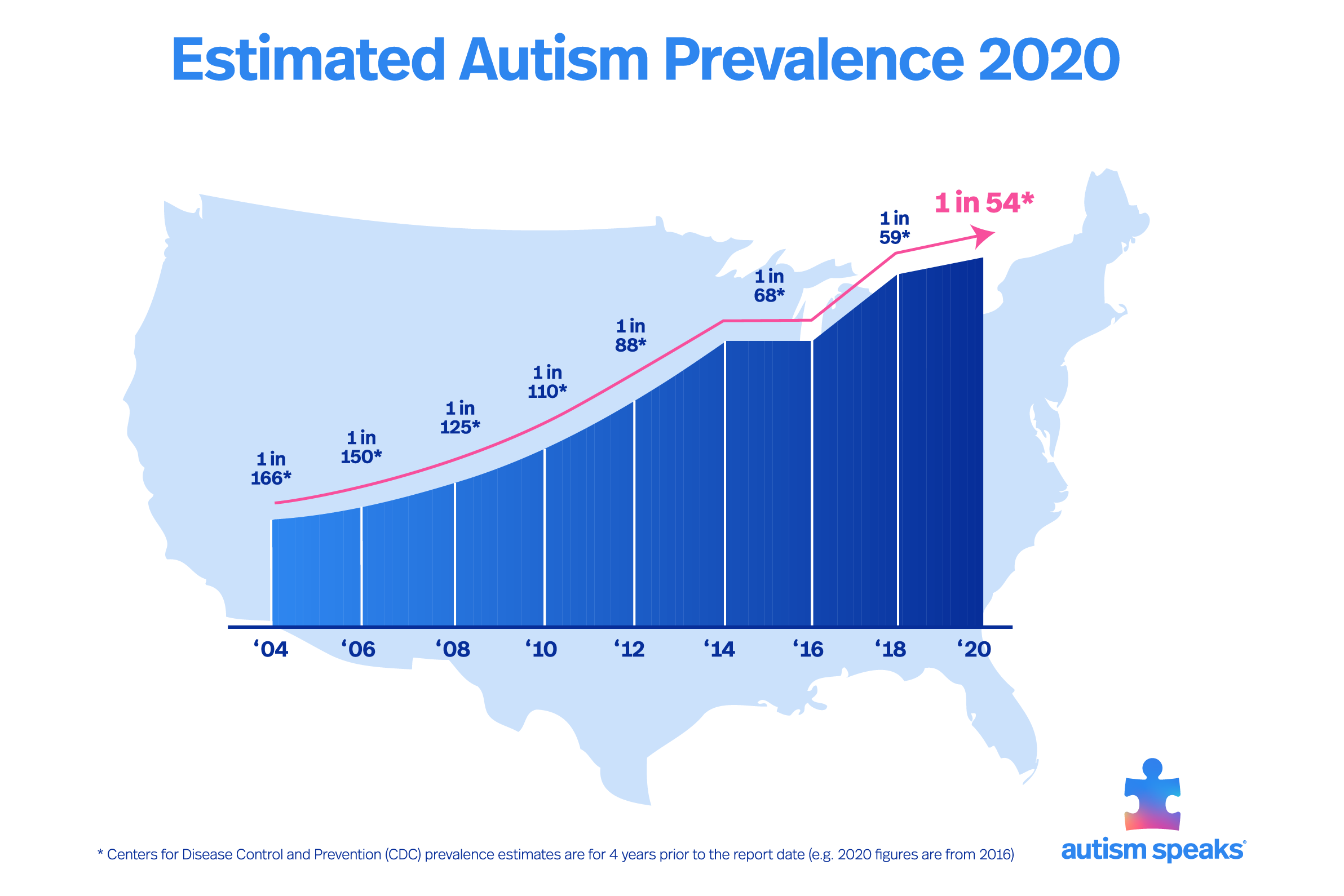 First of all, don’t freak out. I’m not a numbers guy, but the numbers really speak for themselves in regard to how much credence should not be placed in this diagnosis. According to the CDC…and don’t worry, this is actually a non-COVID stat for once…according to the CDC, the rate of autism spectrum disorder (ASD) diagnoses have risen since 2000 at a rate of 3.5 times. So, in 2000, 1 in every 150 children was diagnosed with ASD. Compare that with 2020 numbers of 1 in 54 kids being diagnosed with ASD! That just blows my mind!

What are the reasons for the spike in ASD diagnoses?

You mean to tell me that that rate of autism diagnoses has multiplied by 3.5 times in the last 20 years? The scientists and doctors will have a long-winded hypothesis about this for sure. But, my layman’s theory is that there are many kids who may just have behavioral challenges, developmental issues, and non-diagnosed genetic issues that area all lumped in the cookie-cutter ASD pool.

What is the definition of autism spectrum disorder?

According to the good ol’ CDC, it is “a developmental disability that can cause significant social, communication, and behavioral challenges.” Well, you might as well count me in. If you know me, I can be social, but I’m definitely not Mr. Life of The Party. The point is that the definition or such a diagnosis is a generalized one at best. Obviously, a slew of tests by a neuropsychologist is run in order to determine the autism spectrum diagnosis. But, the best message I can say here is do not let it define your child.

Yoni: Is he on the spectrum?

On our end, Yoni saw a NJ neuropsych when he was 3 years old and then a follow-up at 4 years old. Hey, we had to make sure the results were legit. On both occasions, the neuropsych did not provide an ASD diagnosis. I really thought she would just label him with an ASD disorder because it would be easier that way for administrative purposes. Instead, we received many different ways to say he was developmentally delayed expressively, reactively, verbally, physically, and the list went on and on. With the deficient across the board results, we were left with no precise label to attach ourselves to. What does that mean? The next steps after the diagnosis, we sought out ways to for lack of better terminology, “fix” our son.

After the intellectually disability diagnosis was confirmed at 4 years old, we started amassing Team Yoni. We had a lot of things to cover. A speech therapist to improve his expressive language. After all, Yoni really just began talking when his 4th birthday hit. But, we were looking to improve his vocabulary as soon as possible. Physical therapy (PT) quickly started in what looked to be a cushy room of mats, hanging chairs, ladders, and an infant-styled obstacle course. Occupation therapy (OT) began to help Yoni to start writing, drawing, and picking up objects with his fingers, not grabbing with his palms as before. Finally, a applied behavioral analysis (ABA) came onboard to tame our son.

Now, what we were geared up for were the specific challenges Yoni has endured. Even is we were given the label of autism, we would still treat his behavior, physical challenges, and his overall phenotypes as defined in the genetic world. So, one label may be the catch all for a neuropsychologist. But, it certainly is only the starting point as a parent.

And let me just say that going into this world with my son, helping him, enduring his challenges together, to be quite candid, I did not want to hear my son is autistic. Plus, Idit and I always saw Yoni as an affable kid who loves playing with other kids. It’s just his language and social skills became a barrier when initiating connections. So, I wasn’t sure Yoni fit the ASD mold although I realized many of his developmental delays may be on par with similar ASD make-ups.

Looking back, when you’re not in the world of challenges and coming from an outwardly state of New Jersey growing up where there were really no labels or diagnoses, my tunnel vision was truly ignorant and limited. A lot has changed from my grammar school. We did not have a SETSS, ICT, paras, SEITs or any other modified special education programs. I recall one-on-speech as a support for kids. I know because I took it. At the time, I had difficulty deciphering the endings on “st” words being that I was listening to my grandmother speaking Yidush all the time. Well, at least that’s why my mother said. I just think I needed speech classes, plain and simple, that’s all. Well, that was at least in my public school in Freehold, NJ. Sad really overall with the lack of support. Then again, I don’t know if any “extra” support was really required. I do recall some kids acting up, shouting and running in random circles, but they weren’t in separate classes. Further, these kids, looking back, all spoke, listened, and did the things that my son would not be able to do in a fully day of class. Integration worked at the time, but then again, it is unknown if there were any kids dealing with challenges as serious as Yoni and Ollie. Obviously, times have changed and certainly for the better in NYC. I am certainly grateful for all of the resources NYC provides for special needs kids.

Buckling down for school

So, Yoni was enrolled in every kind of special need support in PS59. He also repeated 1st grade which we felt was academically necessary although it was tough for Yoni socially to try to start new friendships. During 1st and 2nd grades, we actually had his ABA specialist come into school to assist. I actually at times came in as well to sub in. That was awkward, but needed. Yoni’s attention span was limited. His anxiety to perform was high. And his regulation was just shot. So, he needed supports in place. PS59 recognized it was all just too much. Their Team Yoni was just not the right Team Yoni. During our last IEP session at the end of 2nd grade, the principal actually broke down crying while essentially showing us the door. Diplomatically, it meant the school believed that Yoni with his challenges would be better suited to a District 75 public school with a smaller class size. Realistically, it meant the gloves were on and that as parents we’d need to lawyer up and sue the city for a more suitable school. In proving we needed a better school, we needed a current neuropsych eval. This would prove to the city Yoni needed a private, better school, one that was better than the city wanted to dump on us. To be continued on a future school blog…